TransgenderNI.com was established several years ago as a directory for support for the trans community and those who support them. We’re proud to continue this directory today, listing the up-to-date community resources here in Northern Ireland. The following organisations are listed in alphabetical order for your convenience. Groups listed on this page with the exception of the BTRC are not necessarily endorsed or supported by TransgenderNI, and descriptions provided are written by the organisation concerned.

“The Belfast Butterfly Club, founded in 1991, is a support network for transgendered people and their families. By providing education and information we seek to increase awareness, overcome discrimination and achieve equality. Anyone over 18 is welcome to attend our club meetings regardless of where they are on the transgender spectrum. Join us and find the support of like-minded people. Be yourself instead of being by yourself.” Belfast Trans Resource Centre 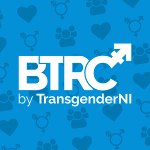 The Belfast Trans Resource Centre is a community space and hub for trans, non-binary and questioning people and their friends and families in Belfast. It hosts events by several of the other trans groups listed on this website, including SAIL, GenderJam, AffirmNI and Non-Binary+ NI. GenderJam NI

“GenderJam NI supports and advocates for young transgender, non-binary, questioning and intersex people aged 25 and under in Northern Ireland. They organise regular events across Northern Ireland and can support trans young people in education, healthcare, and employment.” Non-Binary Northern Ireland

“Non-Binary Northern Ireland is a community group for people living in Northern Ireland who identify outside of the gender binary. This includes all identities that fall under the non-binary umbrella including genderqueer, gender-variant, agender, gender questioning, gender-fluid and any other gender identity that does not fit into conventional male/female gender.” Transderry

Transderry is a project by The Rainbow Project to support transgender individuals in the Foyle (North-West) area. If you would like to add your organisation or change/remove your listing, please get in touch.
We're raising money for 2022!
Check out our fundraiser for the only trans community venue in the UK & Ireland! Help us re-open and raise our work to the next level:
£27,131 of £25,000 raised
Donate now!

We appreciate your support for our important trans rights work across Northern Ireland.
Donate now

We are members of

Check out our merch!

Due to COVID-19, we are not currently processing orders via our shop. This applies from 20th March 2020. Dismiss